Rather than comply with the new rules for snacks and other foods, which apply to participants in the National School Lunch and Breakfast programs, the 12,250-student district's school board voted to leave the federally subsidized meals programs altogether.

Through the new "Smart Snacks in Schools" rules, the U.S. Department of Agriculture will, for the first time, set nutrition guidelines for every food that schools taking part in the programs offer during the entire school day, even items that aren't served as part of reimbursable lunches and breakfasts.

The rules create standards for what are known as "competitive foods," which include vending machine products, à la carte offerings, foods sold in school stores, and the snacks that students sell to their peers as fundraisers during the school day.

Must be “whole grain-rich” products; or have a fruit, vegetable, dairy, or protein as their first ingredient; be a combination food that contains at least 1/4 cup of fruit and/or vegetable; or contain 10 percent of the daily value of one of the nutrients of public health concern in the 2010 Dietary Guidelines for Americans (calcium, potassium, vitamin D, or dietary fiber.)

35% of weight from total sugars in foods

NOTE: Beginning July 1, 2016, foods may not qualify using the 10% daily-value criteria, and snack items must contain no more than 200 mg. sodium per item.

100% fruit juice or vegetable juice with no added sweeteners

No restrictions on plain water (with or without carbonation)

"It's overarching—from midnight until 30 minutes after the school day," District 214 Superintendent David R. Schuler said of the time when the policy applies. "It's really a challenge."

The rules require that grain-based products must be at least 50 percent whole-grain. Other products must have fruit, vegetable, dairy, or protein as a first ingredient. Fewer than 35 percent of calories must be from fat, and the rules limit sodium, sugar, caffeine, and total calories. Each state may set the number of fundraisers that schools can exempt from the nutritional standards each year.

Advocates of the rules, which were adopted under the Healthy, Hunger-Free Kids Act of 2010 and announced last year, say they address an inconsistency that has grown more pronounced in recent years. As schools have made their meals healthier under other new nutrition standards set by the federal law, many of them have left other, unhealthy offerings readily available in their buildings, allowing students to bypass fresh salads for high-fat nachos from the à la carte line, say organizations like the Robert Wood Johnson Foundation and other supporters of the rules.

"If we're going to send a message, it has to be consistent," Secretary of Agriculture Tom Vilsack said in a conference call with reporters last month.

But, like other phases of the years-long rollout of national child-nutrition changes, the competitive-foods standards have met with resistance from some districts and school leadership organizations.

While District 214's decision to leave the meal program is unusual, its concerns are not. Chief among those concerns is revenue. The all-high-school Illinois district is budgeted to take in $1.3 million in revenue from à la carte sales and about $528,000 in vending machine sales in the 2013-14 school year—more than the $900,000 in federal funds it is set to receive from its participation in the USDA meal programs.

Leaders of other districts have said implementing the Smart Snacks rules will be an administrative hassle because they dictate standards for foods that are not under the control of school nutritionists. Vending machines may be run by parent-teacher groups, for example, and student governments often run school stores.

The snacks standards cut strange lines around what is and isn't acceptable, Mr. Schuler of District 214 said. For example, high school students can purchase just 12-ounce portions of milk, but they can buy 20-ounce portions of diet cola.

The new snack rules' implementation comes as some Republicans in Congress have suggested "hitting the pause button" on another USDA rule that requires schools to serve more fruits, vegetables, and whole grains in their meals while cutting down on fat and sodium. Some have pushed for temporary waivers for some schools, and other have suggested scrapping the new meals policies all together.

Some lawmakers have proposed bills aimed specifically at the snack standards. U.S. Rep. Steve Womack, an Arkansas Republican, last month introduced the Jumpstarting Occupational-learning and Entrepreneurship (JOE) Act, a bill that would exempt "school-based enterprises from these new requirements that will effectively run them out of business by significantly limiting the hours of operation and the types of food and beverage they can sell," his news release says.

Mr. Womack cited the example of House of Grounds, a school store run by students in Harrison, Ark., as part of a business curriculum.

And the School Nutrition Association, a National Harbor, Md.-based group that represents 55,000 school lunch professionals, has called for the USDA to change the rules so that any food that can be sold as part of a meal can also be sold on à la carte lines. As the rules are currently written, such entree items are exempt from Smart Snacks calorie caps if they are served on the à la carte lines the day before or the day after they are served on the main meal line.

Supporters of the snack rules say concerns can be addressed without scrapping the rules altogether. And concerns about childhood obesity and related illnesses are too great to delay implementation or provide exemptions from the rules, they say.

"I don't think the answer is lowering the bar. The answer is helping districts that are struggling to meet the bar," said Jessica Donze Black, the director of the Kids' Safe and Healthful Foods Project at the Pew Charitable Trusts.

She said there are "thousands of things" that schools can still sell, and that many districts are already exceeding the standards. Many of them have voluntarily adopted competitive-foods guidelines drafted in 2007 by the Portland, Ore.-based Alliance fora Healthier Generation.

Most states already have laws or policies for competitive foods in schools. An analysis of those policies during the 2012-13 school year, funded by the Robert Wood Johnson Foundation and published last month in Childhood Obesity, found that 38 states had snack-food and beverage standards for schools.


Watch Bertrand Weber, a 2014 Education Week Leader To Learn From, discuss his successful efforts to revamp school meals in Minneapolis.

On average, states met four of 18 provisions, the study found. States were closer to compliance with standards for beverages than they were with food standards.

Because the snack policy is an interim final rule, the USDA could make adjustments based on feedback from schools during the first year of implementation. The agency has given similar flexibility with its meal requirements, delaying or revising those rules after they were put into place.

The agency first released the Smart Snacks rules a year ago, and child-health-advocacy organizations encouraged districts to spend the 2013-14 school year making gradual adjustments and identifying problems they might need to address before the rules were in full effect.

Secretary Vilsack said in the May 22 conference call that he has not yet seen a need to provide flexibility on the competitive-foods rules, but he said the USDA would continue to monitor feedback in the future. Mr. Vilsack also said he doesn't believe the snack rules will hurt schools financially.

Roger Kipp, the nutrition-services director for the Norwood city school system in Ohio, agreed. The 2,100-student district's financially struggling lunch program became solvent after Mr. Kipp began making changes to schools' snack offerings four years ago, he said. The consistency in nutritional standards drove students away from à la carte lines and back to traditional meals, which come with reimbursements from the USDA, a boost to the school's nutrition budget, he said.

A school's former "snack shack" is now Mr. Kipp's office. Chips were replaced with baked chips and other healthier snacks, which the nutrition-services director plans to shed entirely next year. And the participation level in the lunch program jumped from less than 40 percent to more than 65 percent at all district schools. 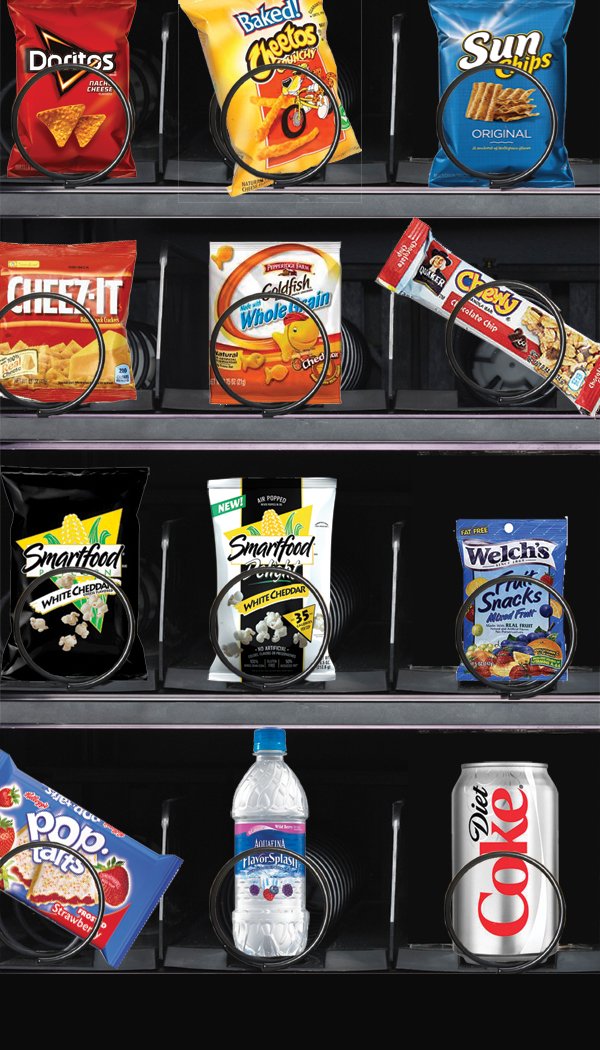 Get more stories and free e-newsletters!

Essential Assessment: Six Tenets for Bringing Hope, Efficacy, and Achievement to the Classroom

What Happens When Test Takers Disengage?

It’s Not Too Late: Adolescent Success in Reading

What Four Divides Teach About Digital Equity, an Analysis

The Science of Reading: The Why, What, & How of Effective Instruction

﻿Make the 2020 Census Count for Your Students and School

Build a Culture of Literacy with Your Classroom Library