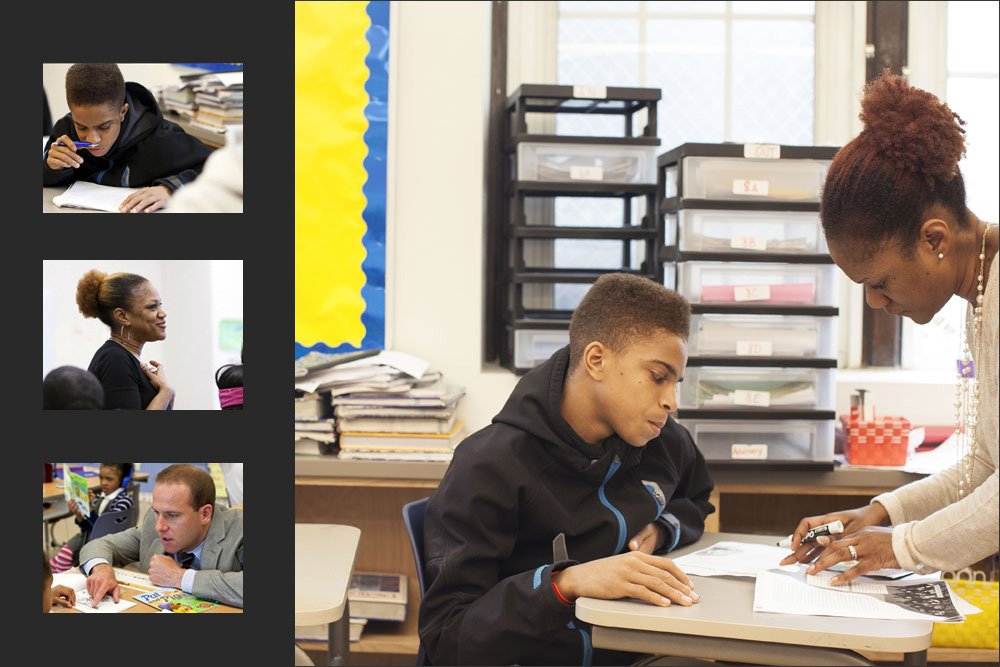 One District's Common-Core Bet: Results Are In

Small teams from all District of Columbia schools analyze student test performance from 2012-13 to guide teachers' instruction as they head into the new school year. (September 11, 2013)

A veteran teacher uses the last weeks of the school year to bolster her students' literacy skills before spring tests. (June 12, 2013)

Into the Common Core: One Classroom's Journey

A veteran teacher finds it tough going to lead her students toward mastery of the common standards in English/language arts. (June 3, 2013)

The District of Columbia has devoted many resources to the standards, resulting in hopes, frustrations, and the knowledge that changes are necessary. (May 21, 2013)

Journeying Into the Common Standards in English/Language Arts

In this archived chat, Education Week staff writer Catherine Gewertz discussed one district's experience with the common-core English/language arts standards and the challenges facing states and districts putting the standards into practice. (June 17, 2013)

In this on-demand webinar, two of the people featured in this series—Dowan McNair-Lee, a middle-school teacher, and Brian Pick, a top curriculum official from the District of Columbia schools—discuss how they are implementing the Common Core State Standards in English/language arts. (August 21, 2013)

About This Series
How school districts move the Common Core State Standards from the central office into classrooms can make or break the undertaking. Education Week spent six months reporting on how the District of Columbia’s vision of the common-core English/language arts standards is being put into practice in one 8th grade classroom at one school, Stuart-Hobson Middle School on Capitol Hill. The process is documented in this four-part series, Common Core: A Steep Climb.

The Future of Education Technology

Dyslexia: How to Identify Warning Signs at Every Grade

Predicting the future of digital learning

Promethean: The State of Technology in Education

The Essential Skills for Reading Comprehension

Are students bouncing back from COVID interruptions?

Telling a Story through Science Curriculum

How to Accelerate Reading Gains in as Few as 10 Weeks